WWE made it official that Shinsuke Nakamura has signed with a press conference over the weekend. 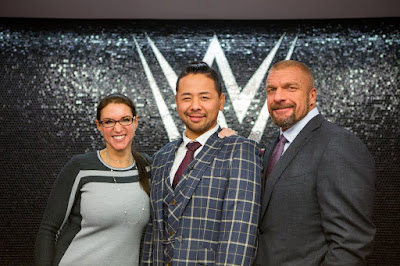 He'll be debuting on the NXT TakeOver show on the weekend of WrestleMania 32.

Thankfully, the company figured it best to keep his name and not force him to put up with a new moniker. Some people in the business have gone on record to state that his name doesn't matter, but I disagree.

If WWE had signed Ric Flair in 1990 and called him Richard Flanagan, for example, they would have been up in arms.

The words 'Shinsuke Nakamura' are identifiable to people who have a passive interest in pro wrestling. Him keeping his name and not being given a WWE trademark that cannot be used outside of the company would have been a ball-and-chain that could have ruined what is one of the company's best ever signings... if I say so myself.