World Wrestling Entertainment announced yesterday that Jim 'The Anvil' Neidhart has passed away. 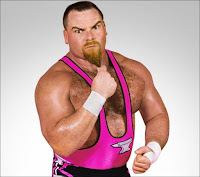 If you followed professional wrestling in the 1980s or 1990s, you'll know that Neidhart is famous for being the tag team partner of Bret 'Hitman' Hart. The duo - known as The Hart Foundation - was one of the most successful teams during the WWF's initial boom period.

In 1997, Neidhart was also part of The Hart Foundation stable that was prominently featured on WWF TV as they feuded with American wrestlers. It is - in my opinion - one of the best stories in professional wrestling history and made for great TV back then.

With Neidhart's passing, the eerie footnote of the 1997 Hart Foundation .vs. USA feud is that Bret Hart is the only survivor of that faction. The other members who have passed away are Brian Pillman (1997), Owen Hart (1999) and The British Bulldog (2002).

Whenever a wrestler dies, I like to write a small bit about an angle or match that they were involved in during their career. With Neidhart, I have more than that.

I could write about the time I was chuffed to see him return to the WWF during the King of the Ring event in 1994. He was in Bret Hart's corner as he defended the WWF Championship against Diesel. Neidhart was there to prevent Shawn Michaels from interfering in the match.

Neidhart's job was successful. Hart retained the title that night. However, later on, Hart's brother - Owen Hart - was in the tournament final against Razor Ramon. Neidhart, who was married into the Hart family, assisted his other brother-in-law to become that year's King of the Ring.

From there, Neidhart and Owen - who had previously teamed up to form The New Foundation in 1991/92 - went on to feud with Bret Hart and another brother-in-law - The 'British Bulldog' Davey Boy Smith.

I can't write about Neidhart's passing with another personal memory I have.

In 2001, only days before the 9/11 terror attacks, a colleague and myself bought tickets to see the British Bulldog and Neidhart at a small wrestling event here in Cardiff.

The night before, we were out drinking and I had a humongous hangover for the entire day in the lead-in to the show. It was touch-and-go whether I would get there. Anyway, I did manage to make it. The promoter was a con artist as, just before the show, he announced that - due to family commitments - the Bulldog was unable to make it. This was later proven to be false and Bulldog was never booked for the show in the first place.

Neidhart was there, though.

During the intermission, the promoter allowed the audience to have their picture taken with Neidhart at £5 a pop. Remember how I said I was hungover? Well, I was still ill and decided not to get the photo in fear of throwing up. So, we sat there watching the line of people have their pics with the wrestler. As the line began to shorten, I turned to my friend and said the following.

'Sod it, I'm going to have my picture taken with him.'

I joined the queue and walked away with a Polaroid pic with 'The Anvil'. I am glad I did.
Posted by David Taylor at 12:00 AM