For the past few months, I've picked up eBooks on Amazon's First Reads promotion in which customers can get an advanced copy of new titles a month ahead of their release.

You get to pick one book from each monthly selection and either get it for free if you have an Amazon Prime membership or 99p if you're a regular customer.

Picking the titles has become a fun chore each month. I can't really say I've picked a dud book. Here are the offerings on this month's list along with the process I found myself taking in making my final pick.

They Say They Wanted Revolution by Neda Tolou-Semnani
This is book is a memoir about Neda Toloui-Semnani's parents who left the US for Iran to join the revolition.

It's not something that interests me.

Almost Romance by Nancy Balbirer
Another memoir. This one looks more appealing because it 'tells the true story of how a pack of Hollywood television writers and the denizens of a fabled but cursed Manhattan apartment building helped the author and one of her best friends turn a thirty-two-year almost romance into a real one'.

I need to look on, but I am not going to pass on this one just yet..

Deconstructed by Liz Talley
I know the saying about not judging a book by its cover. However, this one just does not appeal to me at all. 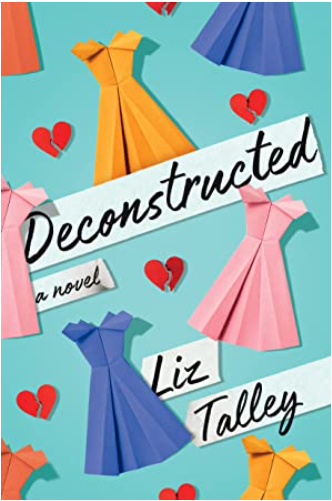 It isn't even worth looking at the synopsis. It'll be a pass.

The Raven Spell by Luanne G Smith
Categorised as 'Historical Fantasy'. I am intrigued with this one.

It is set in Victorian England and finds a with and detective team up to find a serial killer.

The Lobotomist's Wife by Samantha Greene Woodruff
This appears to be set post-World War I, a woman seems to take exception to some of the radical treatments her husband performs on his patients.

I'm not keen on that premise, so I'm going to move away from consideration.

Base Notes by Lara Elena Donnelly
This thriller is about a perfumer who has created a scent which 'evoke immersive memories' that are worth killing for.

Deep Sleep by Steven Konkoly
Another novel in the 'Thriller' genre for this month.

It appears to be about a counter surveillance expert who tasks himself with the job of preventing a national catastrophe that his dead mother - 'a paranoid and disgraced former CIA officer' - had been working on at the time of her passing.

The Night Burns Bright by Ross Barkan
This one is labelled as 'Suspense' and seems to be about a twelve-year-old boy who begins to question his life as a member of a commune when he ventures outside of his confines and into the real world.

This also strikes me as worthy of making the final list.

Five of those titles interest me.

I think I'll pass on the memoir and The Raven Spell. This leaves me with Base Notes, Deep Sleep and The Night Burns Bright.

I know if I ask a female to pick, she'll choose the one with the perfume bottle. As well as that, if I asked a male friend, they'd tell me to go with the cover which looks more manly - Deep Sleep.

Actually, I am going to test this theory out in the middle of writing this post.

I have asked two males and two females.

Female 1's response was: 'Base Notes of course, it's perfume!'

Male 1 went with the middle book.

Male 2 didn't even give me a book. He asked if it was for a male or a female and then ran down the same sort of idea I had with the book cover with the perfume appealing to females and the Deep Sleep potentially attracting the attention of male readers.

Female 2 went with The Night Burns Bright as well.