T-Shirt With A Double Meaning

I found a Home and Away t-shirt online the other day. 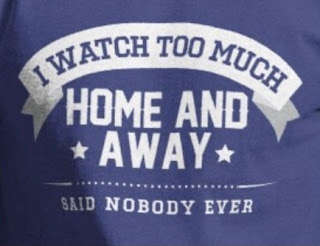 I don't like it because it obviously has a double meaning.

The other side of the coin is that the tee's slogan intentionally negative and it means that nobody ever says they watch too much Home and Away because they don't watch it.

I would never wear such an ambiguous garment (says a Home and Away fan!)