Last week, Disney held its investor day and made a lot of big announcements.
One of the newsworthy stories coming out of the day was the reveal of a handful of Star Wars television series that are in numerous stages of production. In this post, I'll go through the list of titles (in no particular order), tell you what has been revealed so far about them and share some thoughts.
Obi-Wan Kenobi
I have been aware for quite a while that Ewan McGregor was set to reprise his role of Obi-Wan Kenobi for a television series based on his - and Sir Alec Guinness' - character. However, on Thursday, it was announced that Hayden Christensen would be in the series to play Darth Vader (Anakin Skywalker) after last wearing the helmet in the closing sequence of Revenge of the Sith in 2005.
What I didn't like hearing about McGregor and Christensen both being named for this series was LucasFilm president - Kathleen Kennedy - claiming it'll be the 'rematch of the century' when Obi-Wan meets up with Vader.
The reason why I dislike the tease of a rematch is because, in Star Wars: A New Hope, Kenobi and Vader meet up and Vader says something along the lines of 'when I left you, I was but the learner. Now I am the master' before their duel on the Death Star.
To cut a long story short - the Death Star battle has always been the rematch in Star Wars canon and now this could potentially be ruined by having a duel on the TV series.

Ahsoka
Ahsoka will be a series based on the Jedi - Ahsoka Tano. The character was a student of Anakin Skywalker in The Clone Wars animated series and most recently appeared in the current season of The Mandalorian. This will be a spin-off from the aforementioned series. Rosario Dawson will continue in the role.
I've been slowly bingeing on The Clone Wars and have been catching up with The Mandalorian every week, so I'd say I am interested in a programme with this character. 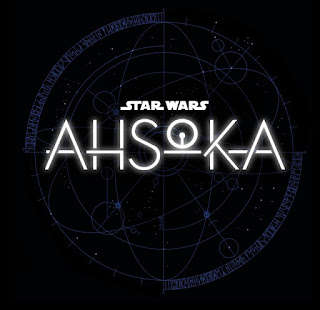 Rangers of the New Republic
Just like with Ahsoka, Rangers of the New Republic will be a spin-off from The Mandalorian.
Not much has been said about the series so far other than its link to The Mandalorian timeline and that it will 'intersect with future stories and culminate into a climatic story event'  which leads me to suspect that there will be a major crossover event between the three programmes.
The Bad Batch
As noted, I have been slowly getting through The Clone Wars. The Bad Batch is an animated series that will be a continuation of that (apparently!). I haven't looked into the story in fear of finding Clone Wars spoilers.
The Acolyte
I am very much intrigued with the premise of The Acolyte. The announcement revealed that the series will be set hundreds, if not thousands, of years before Episode 1 of the Skywalker Saga. Its genre is 'Mystery-thriller'.
Lando
A series about Lando Calrissian has also been announced. What hasn't been revealed is whether the original Lando actor - Billy Dee Williams - or Donald Glover, who played him in the Han Solo movie, will be in it or if a new actor will play the scoundrel.
Lando is one of my fave Star Wars characters. Both Williams and Glover played the character well, so hopefully either one will reprise the role. Better yet - how about having BOTH of them?! 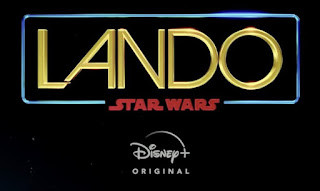 Andor
Another Star Wars series based from one of the Star Wars spin-off movies is Andor. It'll focus on Cassian Andor who was a rebel spy in Rogue One - the film that was kind of like a prequel to Episode IV.
Andor will therefore be a prequel of Rogue One... 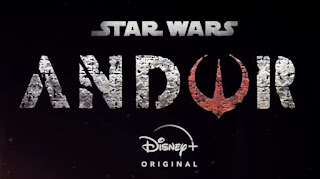 A Droid Story
A Droid Story will be an animated television movie which will see C-3PO and R2-D2 and 'a new hero' team up on a secret mission.
I'd like to see how the animation looks before I decide whether or not I am all-in on this. Which leads me to...
Visions

The write up for Star Wars: Visions reads that is 'an original series of animated short films...through the lens of the world's best Japanese anime creators'.
Now, I don't follow Anime at all. However, I am extremely keen to see the project.
Posted by David Taylor at 12:00 AM