The king is dead.

Harley Race, who was an eight-time World Heavyweight Champion for the National Wrestling Alliance, passed away yesterday at the age seventy-six.

When I first got into American pro wrestling, Race was working for the World Wrestling Federation and became 'King Harley Race'.

As my interest in the sport grew, I sought out old matches and found a few of Race that I really liked.

Being a fan of Ric Flair, it should come as no surprise that one of the matches I liked the most is the one in which Flair first became NWA World Heavyweight Champion after beating Race. The bout took place at Starrcade 1983. 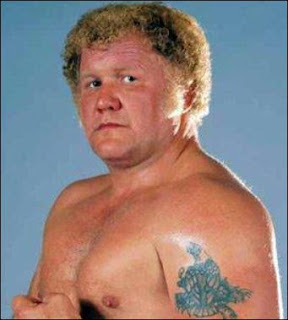 In the early-1990's, Race worked as a manager. His main client, if you will, was Big Van Vader who had a fair run as the monster heel at the top of WCW.

Once again, some of my favourite memories of that era of WCW had Harley Race there as a key player. Especially during Vader's battles with the likes of Sting and Cactus Jack.

I didn't get to meet Harley, but I have a funny story to share.

Back in 2005 or 2006, I used to watch PPVs in an online chat room. One of the users, who had just started coming in there, told everybody that he knew Harley Race.

Some, possibly most, disbelieved him so this user said that he would get Harley on the phone and air the call live so we could all hear.

I can't remember for sure what happened, but the call didn't happen.

It went on for a few weeks, the guy would promise Harley Race, but - in the end - there would always be something that ensured the call didn't happen.

But then, just like all those weeks in WCW when Ernest 'The Cat' Miller promised to bring out James Brown before really bringing in James Brown (another one of my favourite WCW memories, BTW), the guy really did get Harley Race on the line to speak and answer questions from people in the chatroom.

It turned out that the person who got Harley on the phone was one of his students. I don't know what became of him, but it was nice to remember that random story today.
Posted by David Taylor at 10:15 AM