In yesterday's post, I wrote about The Sun Newspaper's story about Freddie Starr and a hamster from the 1980's. The reason why is because Starr passed away a couple of days ago.

I'm back today with another Freddie Starr and The Sun post because the newspaper once again had a headline about Starr and the hamster yesterday. 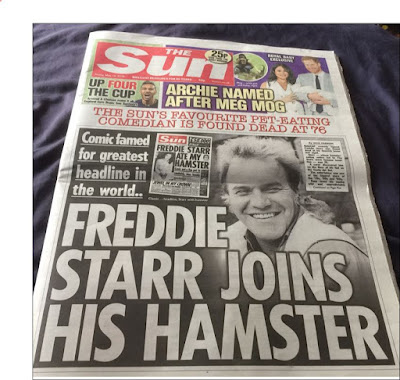 I know it's playing into the 'Freddie Starr Ate My Hamster' story, but it's a lame headline because the hamster wasn't 'his'!