An Enjoyable Cartoon For Dahl Fans

I got to watch a film that I stumbled across late last year.

My nephew was over for half-term and I knew he would like it.

It's a cartoon starring Tom and Jerry, but it has a great twist.

Well, what happens when you mix Tom and Jerry and the 1971 musical? 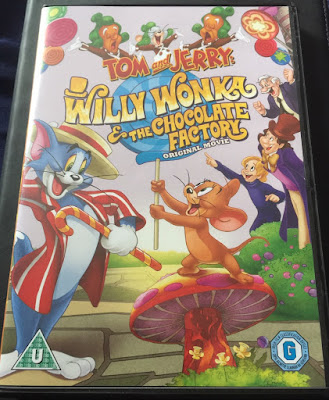 I am in my late-thirties, but I found it enjoyable because the cartoon was able to replicate some of the most memorable scenes in the original movie.

The voices were kind of spot on as well. Most sounded similar to the real actors who starred in the original.

A majority of the songs from the movie are in it as well.

If you're a fan of the Willy Wonka film, I recommend giving a view just to see for yourself.


Buy From Amazon UK
Posted by David Taylor at 11:03 AM