When it comes to IMDB, I am unsure whether the release dates of Laurel & Hardy movies are accurate. If the website is spot on, it means that one of my favourite L&H films of all time celebrates an anniversary today.

I was first introduced to this film by my father when I was at least three-years-old. It has been one of my faves ever since. 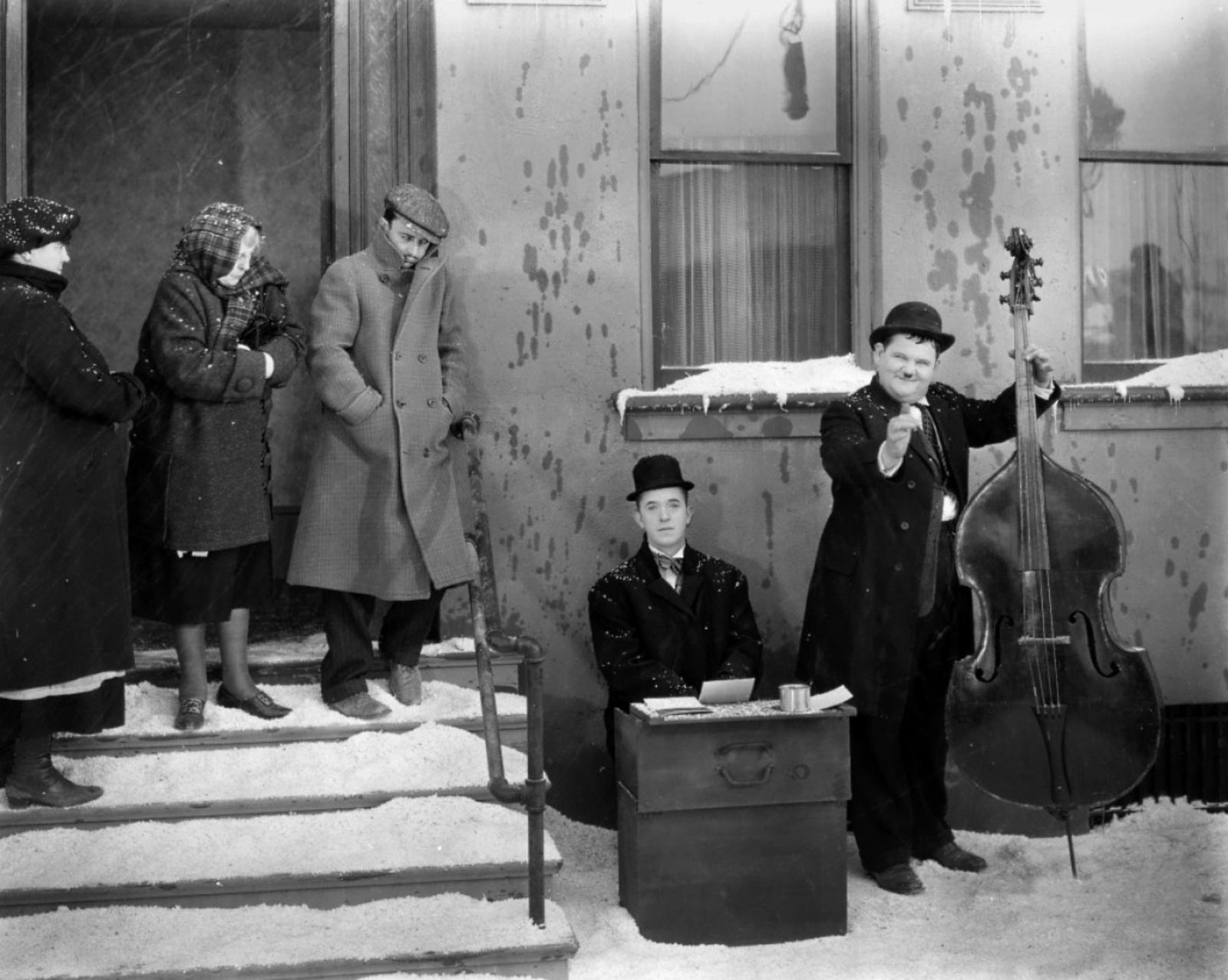 The short starts out with Stan and Ollie busking in the middle of winter. The duo are playing 'In The Good Old Summertime' (get the irony?). Somewhere along the line, they find a wallet on the floor and are then chased by a pickpocket.

The pair are saved by a policeman. To thank the copper for his assistance, Laurel and Hardy take him to a steak house for a meal.

When the dinner is complete, and it's time to pay, the comedians realise that the wallet belongs to the policeman. He works out it's his and pays off his part of the bill and leaves his dining companions to fall foul of the restaurant staff, who had earlier been seen to act heavy handed with patrons who didn't pay for their meals.

The hysterical situation ends with Stan being thrown into a barrel of water out the back of the premises. Oliver is thrown into the road and narrowly avoids being hit by a car.

As Ollie is banging the back door looking for his missing friend, he hears gulping coming from within the barrel.

Stan's head forces the top of the barrel to come off and Oliver enquires as to how he got in it. This leads to one of the funniest interactions between the pair. I'm quoting this from memory, so excuse me if I am not 100% correct: 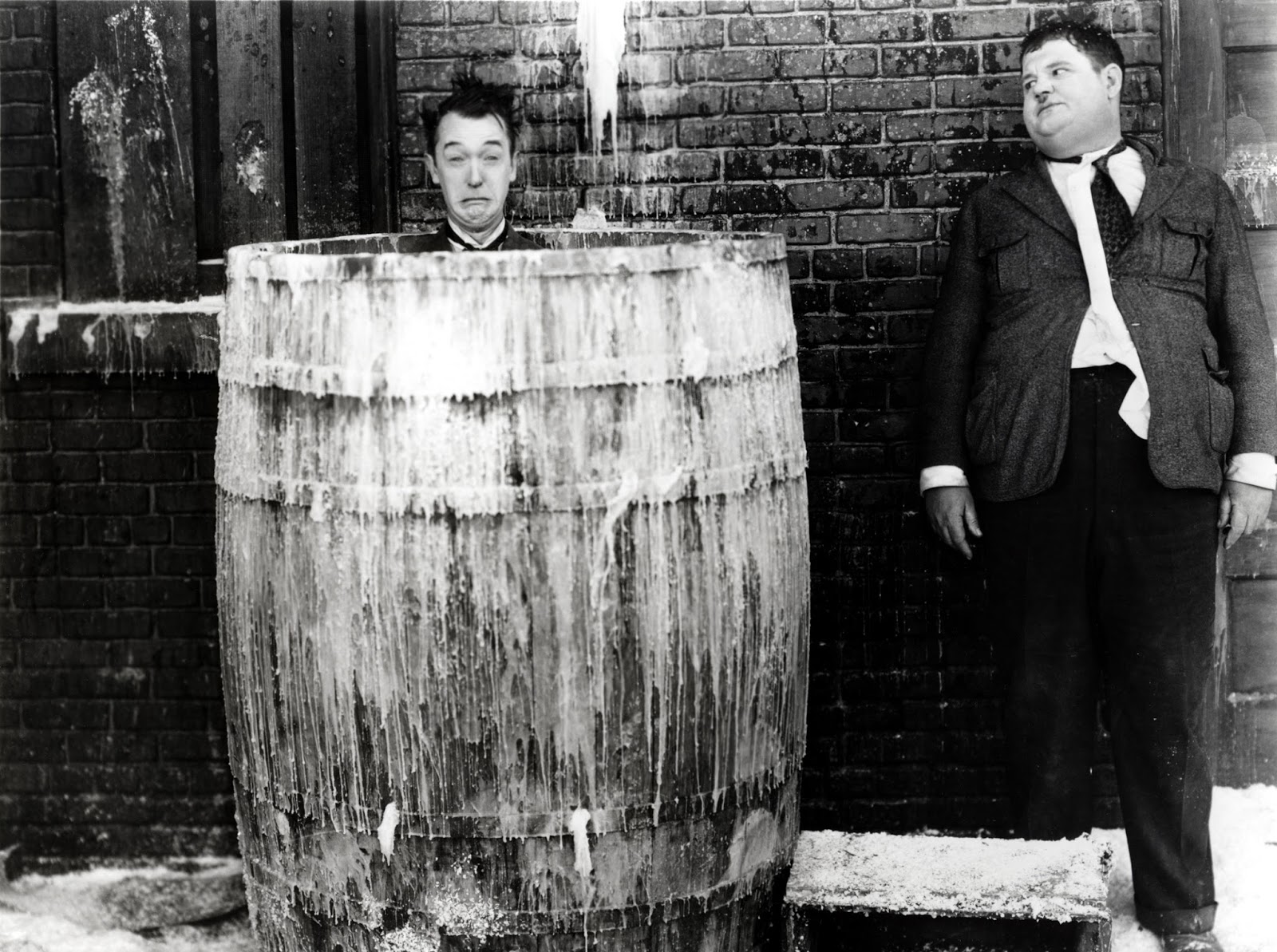 Oliver: What are you doing?
Stan: They threw me in this barrel of water

Oliver looks inside the barrel

Oliver: Where's the water?
Stan: I drank it.

Oliver then helps his partner out of the barrel. The only problem, however, is Stan's belly has grown huge due to his drinking of the water.

The film then ends with the big-bellied Stan whisper something to Oliver and then running around doing the weepy sound he used to make when things were not going right with the pair.

The whisper is obviously a visual gag to mean he needed to go to the toilet. 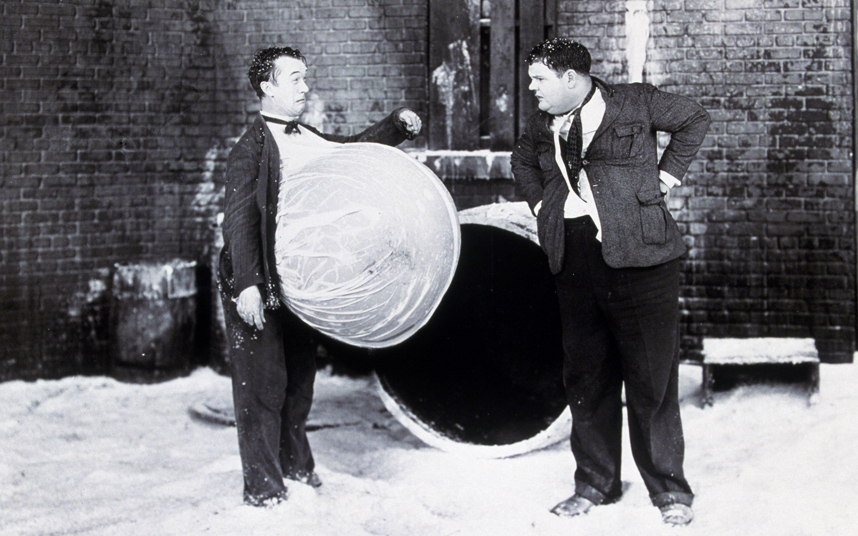 I know I have spoiled it for you, if you haven't seen the short yourself. However, I have watched it hundreds of times. It still makes me laugh. It truly is my favourite film made by the comedic duo.

If I get some time today, I'll seek it out and watch it again. The tape my father had recorded it on back in the '70s or '80s broke a few years ago. Thankfully, it is included in one of the Laurel and Hardy box sets we have here. There's even a colour version of it, but I refuse to watch it in anything but black and white.

Please YouTube this film if you have a spare half hour.

Trust me. If you like Laurel & Hardy, you'll love this.