I tried out the new Walkers crisps flavours this week, so I'm going to dedicate today's post to writing about what I thought of them. I will then tell you my overall favourite and which one gets my vote. 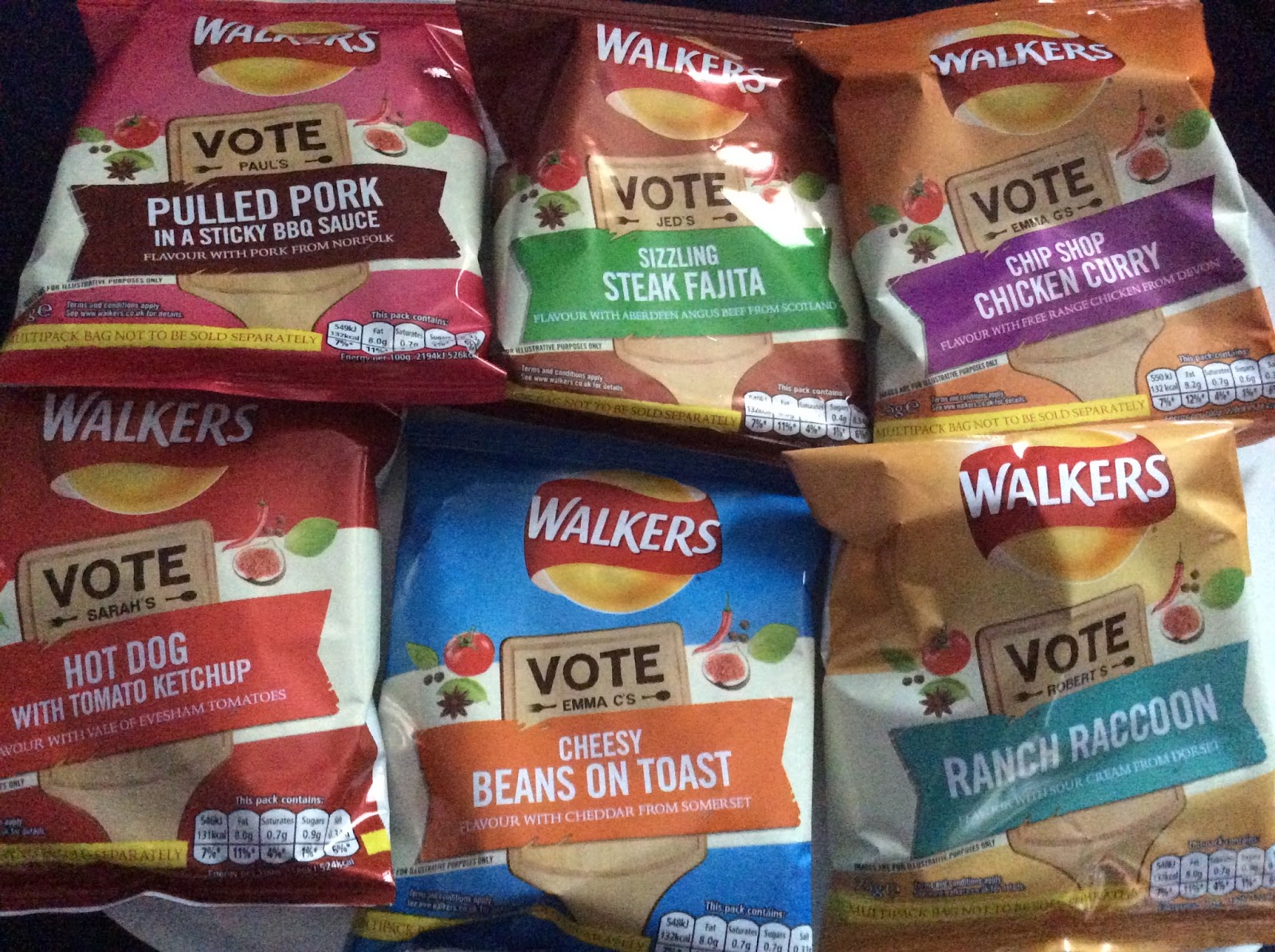 The above varieties are from the competition the company ran earlier this year where they asked customers to come up with their own flavour of crisp.

Here's what I thought.

I didn't find anything nice about this flavour. The taste wasn't that good. I might have opened it up and sampled them with a better mind had it not been based on an ingredient that is meant to represent a raccoon. What's next? Salted Skunk?

This was the first packet I tried and I liked them. It had a rich tomatoey/cheesey flavour that reminded me of baked bean flavoured bread that Boots used to use for their All Day Breakfast sandwich.

Not an original idea as I have tasted hot dog and ketchup flavour snacks in the past. The best I can write about this is it tasted of gone off meat. Not nice at all.

Yet another unoriginal idea. I tasted Chip Shop Chicken Curry when McCoys did them. This flavour isn't bad, but I'm not voting them due to the flavour not being unique.

Another taste that I have sampled in the past. Nice Mexican flavour, Still not worthy of a vote.

Congratulations to 'Paul' for coming up with something that nearly every restaurant and supermarket appears to be going out of their way to promote. I'm unsure how long the pulled pork craze is going to last, but it was a wise choice to come up with this as a competition entry. As for the taste of the crisp, I wasn't sold on it only because I have eaten so many barbecue-based crisps in the past that were so much better.

And The Winner Is..

I'm going to give Cheesy Beans On Toast my vote only because it passes on two things (a) It's a unique flavour idea and (b) it didn't taste that bad.

Had Pulled Pork tasted any good, the decision might have been harder.