The highlight of this past week was when I picked up the letters that were left by the postman on Tuesday. To tell this story properly, I'll need to go back to December.

I was reading American Football news online and came across a story about Peyton Manning having sent back an RSVP to a female fan who had invited him to her wedding.

Manning declined the invitation but sent them his autograph and wished them well.

It was a really cool story, in my opinion. Manning - one of the best quarterbacks in professional football history - taking his time to respond was classy. I read other stories about the wedding invite and it became clear that Manning is on top form when it comes to communicating with his fans.

Regular readers will know he is my favourite player of all time so I thought I would send him a letter and ask for his autograph.

I wrote him a letter and placed it inside a Christmas card (Cardiff-themed just so it was unique) and sent it off on the final posting day for International mail.

A week or so later, Manning won the Sports Illustrated Man of the Year award and the issue was filled with articles dedicated to the player. One such piece wrote about the process Manning goes through when receiving sack-loads of mail to the Broncos' facility.

There were so many people writing to him. Many more deserving than myself, so - as the weeks went by - the thought of expecting an autograph left my conscious thoughts.

When I looked on the floor, there was an A4-sized white envelope facing down. I picked it up and the first thing I noticed was the letter head (or is it envelope-head?): 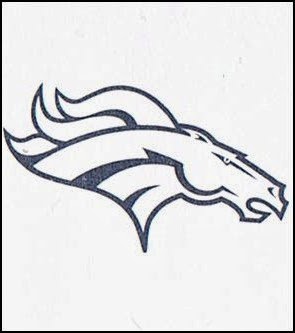 I knew immediately what it was. I rushed into the living room and opened it up..

Inside was a personally signed autograph from the man himself: 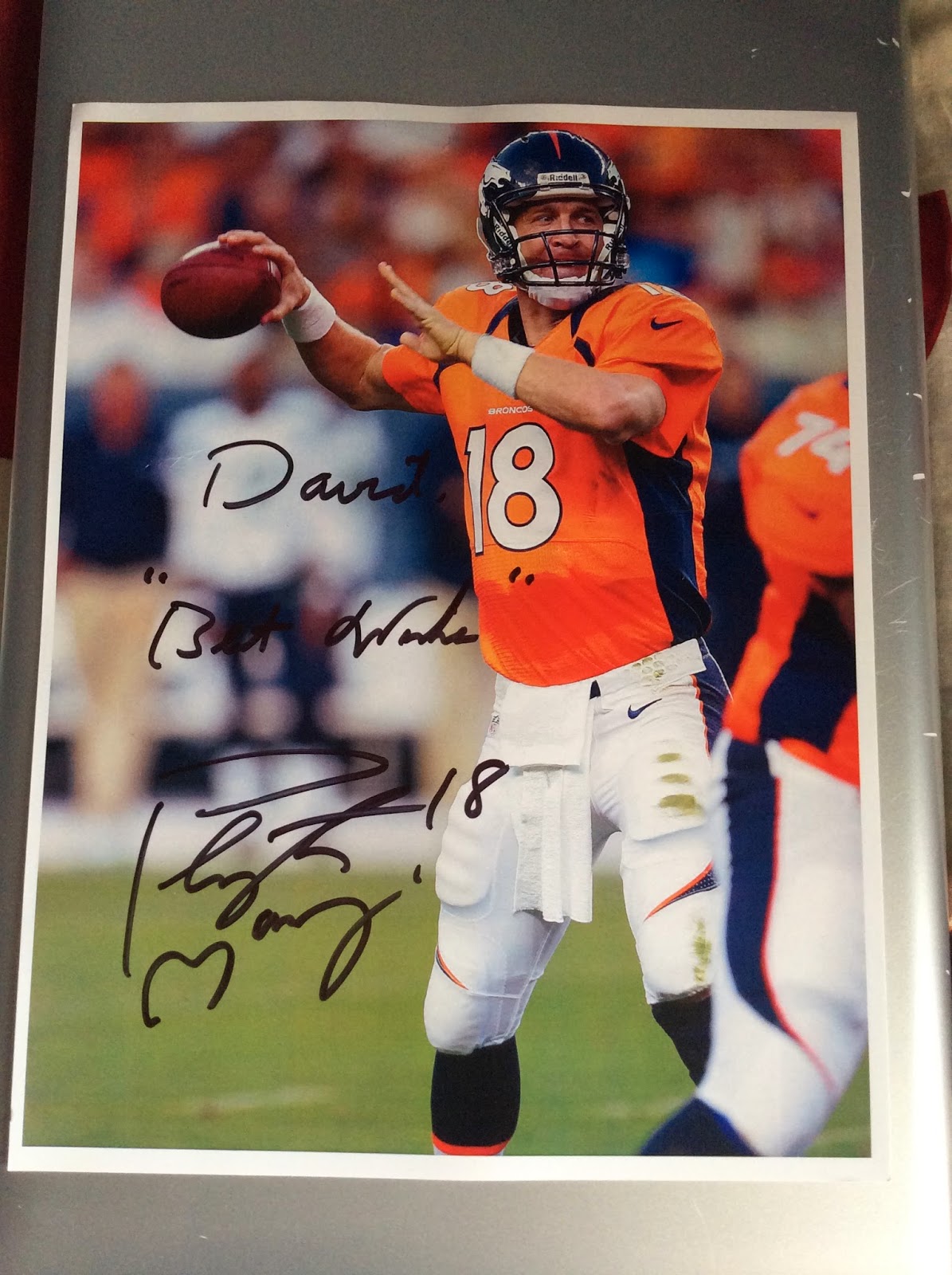 Interestingly, the stamp on the envelope reads '3/3/14' which was a day after Manning had the tests done on his neck to see if there was any damage sustained in the 2013 season. He passed and will play on for 2014.
Did he leave it with the team before he got the news?

The autograph has immediately become one of my most treasured possessions and - as soon as I find a decent frame, it will find a place on my wall.

You'll have the autograph collectors pointing out that the value is lost because it has my name on it. To them I say - that's not what I wanted it for. Plus, I would rather have it like this.

Had it not even been addressed to me, I wouldn't have sold it for anything.

Count me as chuffed.
Posted by David Taylor at 12:00 AM