I first became aware of the 80's horror movie - Child's Play - a little over a year before it made its way to the UK. I recall seeing a picture of the film inside Fangoria magazine and thinking I would like to watch it once it was released on video.

Fast forward to the summer of 1989 and I got the opportunity I had hoped for. Pirate copies of the movie were available in the markets of Valletta, Malta and a person I had met on holiday bought the film along with other titles.

We had befriended the manager of the hotel we were staying at (the same manager I wrote about over the summer) and he allowed a group of us to take over the hotel's lounge to watch the film.

I can't recall my immediate thoughts. All I know is I didn't dislike it. I ended up recording the film on Sky and watching it many times as the years - and the VHS cassette - wore each other out.

I even watched a few of the sequels. However, I must have stopped somewhere along the line because - while writing this post - I noticed a handful of titles that I hadn't seen.

And - to be frank - I don't have any interest in seeing.

With that said, there is one Child's Play film I have decided to view. 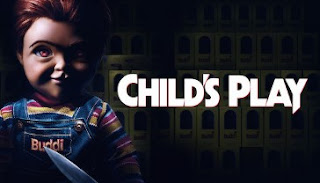