I was watching the television the other night and stumbled upon an Iceland advert that was promoting an exclusive item in store.

No, I don't mean Hula Hoops crisps. Or 'Potato Snacks' to be politically correct.

What I am on about is special potato products that you cook in your oven that has the Hula Hoops logo on it.

Still not sure what I'm writing about? Take a look... 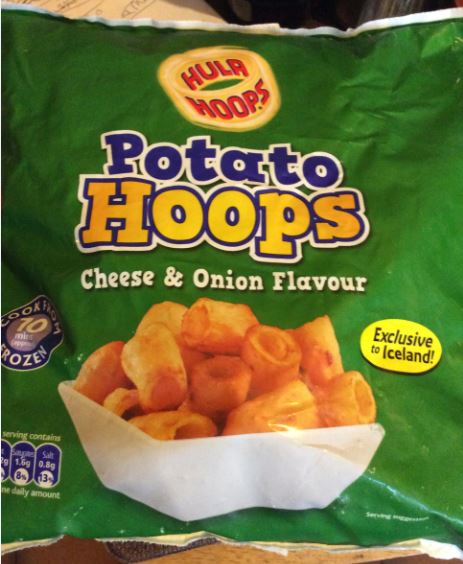 They're in the same family of other potato products like the potato alphabets or dinosaurs but obviously shaped like a hoop to resemble their potato snack cousin.

I'm still not sure what to make of them. Nothing special, but not the worst thing I have ever eaten.

I will be trying the beef flavour next. Stay tuned!
Posted by David Taylor at 12:00 AM