My youngest nephew had been going on about wanting one of those Brian the Robot toys that are being given away for free for people who claim insurance through Confused.com.

Every time the advert came on, he would stop what he was doing and query how he could get one. I told him that it was only given to people who bought new cars.

Fast forward a few weeks later. His father had bought a new car and the first thing uttered was 'will you need car insurance?'

They knew where he was going.

Unfortunately, the car was already sorted. No Brian.

Then, on Monday, I was sitting in my room watching the television and the commercial came on. It got me wondering.

They must have some on Ebay!

And so began the bidding war for a Brian the Robot. 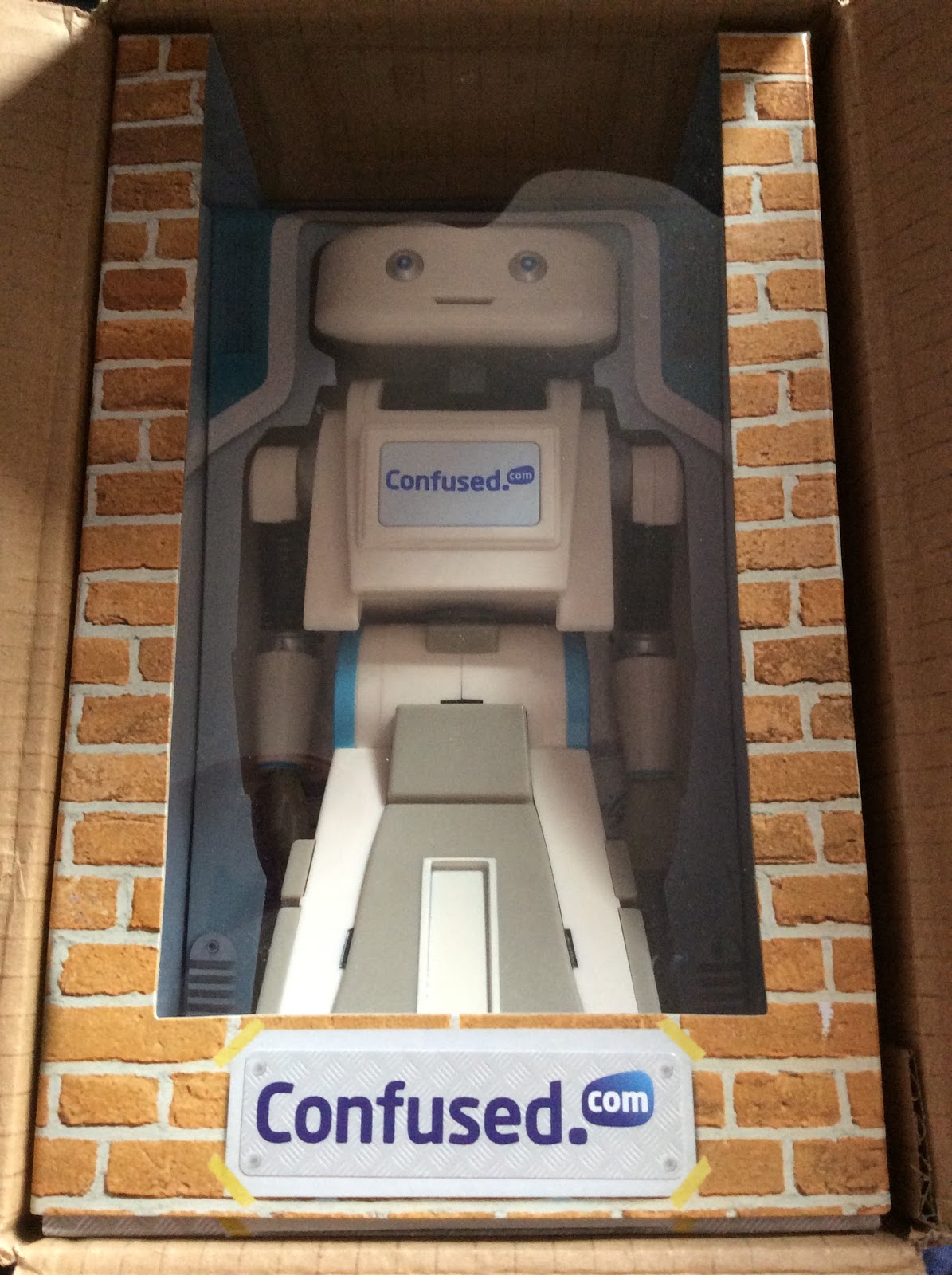 If you think £30 was a little steep for what is essentially a free toy (yes, I know - there is no such thing as a free lunch!) take a look around Ebay yourself. There are loads of them going for £40 and upwards.