The Coolest Ultimate Warrior T-Shirt... Ever 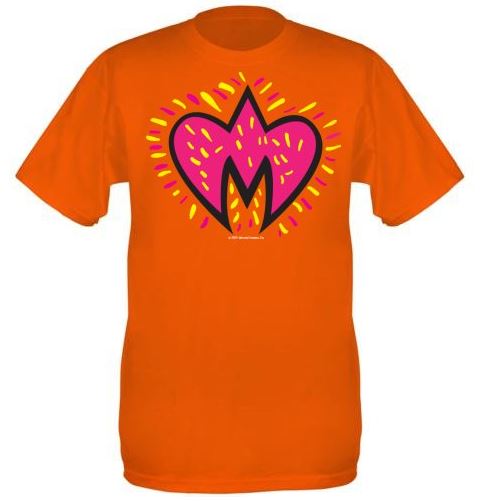 I was checking out the Ultimate Warrior's official website the other day and came across this t-shirt.

Is it the coolest piece of Warrior merchandise ever?

For those who don't get it - the orange colour and logo are reminiscent of WrestleMania VI - the night when the Warrior defeated Hulk Hogan for the WWF World Heavyweight Championship.

The Ultimate Warrior wore orange trunks to the ring that night.

He also entered his match with the Warrior logo painted to his chest just like how it looks on the t-shirt.

The only problem with the item is that it was sold out. Had it been available, I would have bought it without a second thought.

Still - whoever came up with the idea deserves two thumbs up.
Posted by David Taylor at 1:00 AM