In yesterday's post, I posted a picture of a WWF ceramic mug with Hulk Hogan and The Ultimate Warrior on it.

I guessed that I received it in Easter of 1992 because the image of Hulk Hogan looked similar to a promo photo I recall seeing him in during 1991 and assumed it would have been a year or so before the mug was produced using said image.

Below is an example of the 1991 promo photo. Further down the page is another picture of the mug. 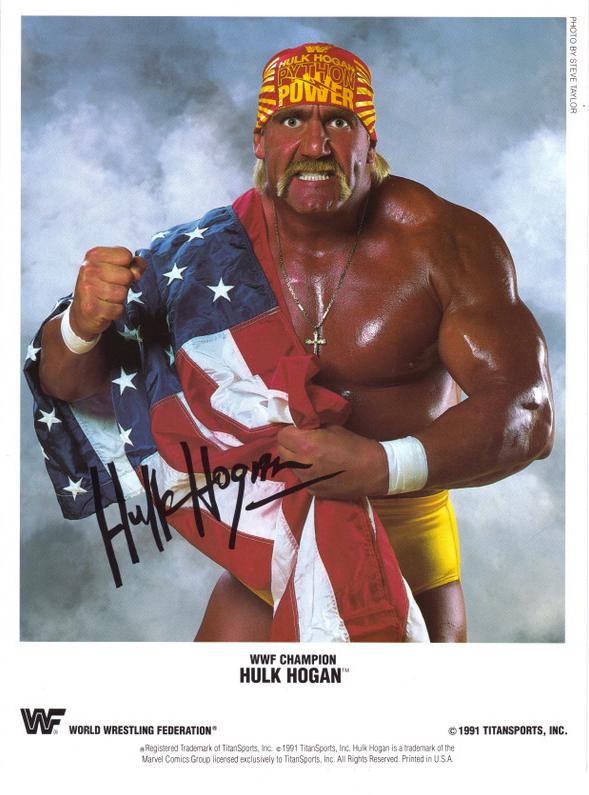 With that said, it doesn't really matter, does it?