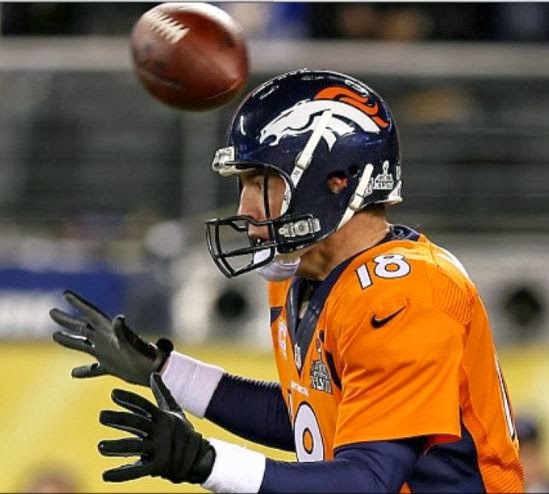 Denver's botched snap to start Super Bowl XLVIII was an unfortunate faux pas not just for the team, but also for bookies.

You see, the sportsbooks in Vegas, and across other parts of the world, have a prop bet where punters can gamble on the first scoring play of the game.

As the ball passed Peyton Manning's head and into the end zone behind him, it gave the Seattle Seahawks 2 points for the safety.

The books had a safety as being the first scoring play at odds of around 50/1.

A similar payout occurred in the Super Bowl two years ago when New England's Tom Brady threw while in the end zone. The referees penalised him -  and the team - for intentional grounding. With it came a safety as the throw was made in New York's end zone.

Back in 2012, I had placed a wager on there being a safety at any point in the game so I cashed in on that one. I wasn't confident enough to bet on it being the first scoring play, though.

Last year, I went with another prop bet on there being a safety. This also came in for me late in the fourth quarter which ended up being the 'last scoring play'.

As for this year? Well, I decided I had ridden the safety bus for too long and decided it wouldn't happen this time.