The Easter Gift I Mentioned On Sunday 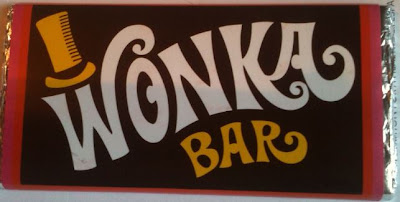 On Easter Sunday, I mentioned that I had bought an Easter gift for my nephews and said I would write about it once I had the presents to them.

They visited yesterday afternoon so I can now reveal what it was that I bought. 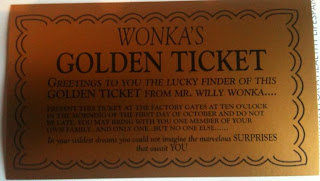 I saw them on Ebay and I couldn't resist buying them. They look just like the Wonka Bars that are in the original movie (ie not the rubbish Tim Burton version).

The chocolate also comes with a golden ticket. The only negative thing I can say is these tickets are made out of cardboard and aren't similar to the golden tickets that appeared in the original movie (ie not the rubbish Tim Burton version).

Still, it was a fun novelty gift for Easter and the boys liked them.
Posted by David Taylor at 12:00 AM